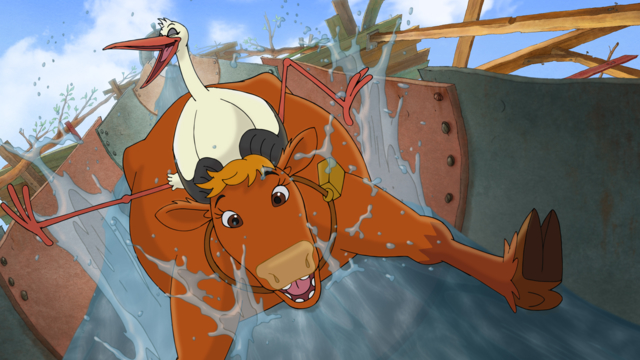 Slugger Films first film about the beloved Mamma Moo and Crow will finally have its cinema premiere in Sweden the 9th of September 2022. After being postponed because of the pandemic restrictions we now have a date to look forward to when we can share this wonderful movie with the audience.

About the movie
Mamma Moo wants to see the world and Crow has of course already seen everything. When Stork shows up at the farm and starts building a nest, Crow is challenged by someone who actually traveled the whole world. Mamma Moo gets the feeling that there is so much more out there, beyond her pasture. Crow tries in every way to convince Mamma Moo to stay where she belongs, and behave like a normal cow – but it does not turn out quite as he intended.

Produced by SF Studios, Sluggerfilm, SVT and Film in Skåne with support from the Nordic Film and TV Fund and the Swedish Film Institute.
Swedish distributor: SF Studios Sverige